You buy a new camera and start taking pictures. You load them into Photos or RAW Power but you discover the RAW images are not supported. You think, “Well, it’s a pretty new camera; support will come soon enough.” So, you wait. And you wait. RAWs start piling up on your disk. Your Lightroom-using friends are happily editing images from the same camera. You start to reconsider your decision of editing platform. 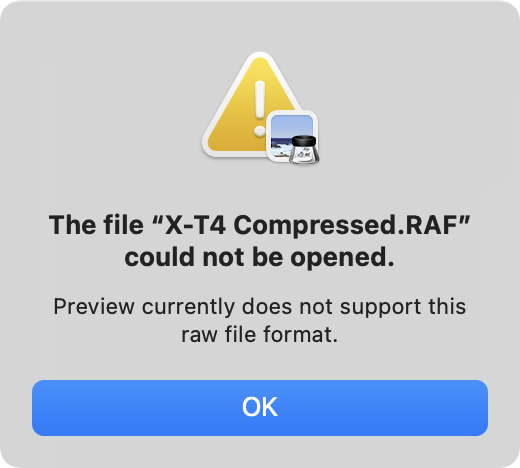 We’re tired of this.

While Apple supports hundreds of cameras, the problem of unsupported RAWs happens all-to-often to photographers on the Apple platform, and the problem is getting worse with time. In addition, GoPro users have never had RAW support for any of their cameras from Apple.

Today, I’m going to describe how RAW Power is breaking free of its dependence on Apple’s camera support schedule with a new, unique feature that provides support to you faster than ever before.

What takes so long to add support for a camera?

Manufacturers have generally considered their RAW files to be proprietary or to contain “secret sauce” — metadata about their cameras or sensors that they hide in proprietary tags or even encrypt. RAW files are not documented, which is problem #1 for camera support.

Companies have to reverse-engineer the file format and then try to understand the proprietary data. At that point, they can try to decode the sensor data for display. If successful, a preliminary image becomes visible, but it’s not ready to ship. The next phase involves careful calibration and analysis of images from that camera. That phase is the difference between file format support and camera support and it’s very important.

Each software company (Adobe, Apple, etc.) has its own process for calibrating a camera, but in general, the process involves taking a series of images under controlled circumstances. The images are shot to measure such things as noise characteristics, color gamut, sensor sensitivities, and lens distortion / vignetting. There can be other attributes that must be determined camera by camera, but this is a core set.

The time to calibrate varies from company to company, and camera to camera. Some cameras have many modes, each of which has to be calibrated separately. Calibration can be very time consuming.

With respect to Apple’s camera support, it’s always been a little slow. For the past couple of years, it’s been abysmally slow. High profile cameras have been out for over a year without support. For example, the Fujifilm X-Pro3 was released in November of 2019. Apple just released support in May 2021 — eighteen months later. Other cameras have also taken over a year to support. I will say that Apple has issued two or three camera updates this year, which is certainly good news. Still, the backlog is considerable, and new cameras come out all the time.

Eighteen months for a popular camera brand is not acceptable. I don’t know why it took that long, but priorities undoubtedly factor in. I believe that camera support is just not as important to Apple as it used to be. Other cameras have been out long enough that one has to wonder if they will ever be supported by Apple.

The Pros and Cons of Using Apple’s RAW Engine

RAW Power, Photos, Pixelmator, and other apps use Apple’s RAW engine to decode and display RAW images. Apple supports hundreds of cameras with high quality decoding, excellent performance, and good color. The decoder is well integrated into Apple’s software frameworks, which makes it easy to connect to a high precision imaging pipeline like RAW Power’s. Overall, the Apple engineers have done an excellent job here. RAW Power has always had the most complete integration with Apple’s RAW engine, offering both the most features and the most control over Apple’s engine.

However, the lack of reliable camera support undermines the entire affair. Further, Apple doesn’t support Fujifilm compressed RAW images at all. This rankles in particular, as other companies’ compressed formats are fully supported. Fujifilm compression is an issue that has been going for at least five years – I have made multiple requests to no avail.

In addition, for technical reasons, Apple sometimes limits camera support to the most recent OS version, so getting a new camera can require upgrading your OS, or even having to get a new computer just to open those images.

I get emails all the time from prospective customers, who want to use RAW Power but cannot because of camera support. Or they are forced to put their cameras into special modes to avoid limitations of that support. One option is to convert unsupported RAWs to DNG. Adobe provides a free app to do this, and both Photos and RAW Power support DNG. I have suggested that to many photographers, but almost none of them have been interested in doing that.

I’ve been working for a very long time on improving camera support because I wanted to provide as seamless an experience as possible. And because it’s a lot harder than I thought!

Here are the goals:

Which cameras have been added? 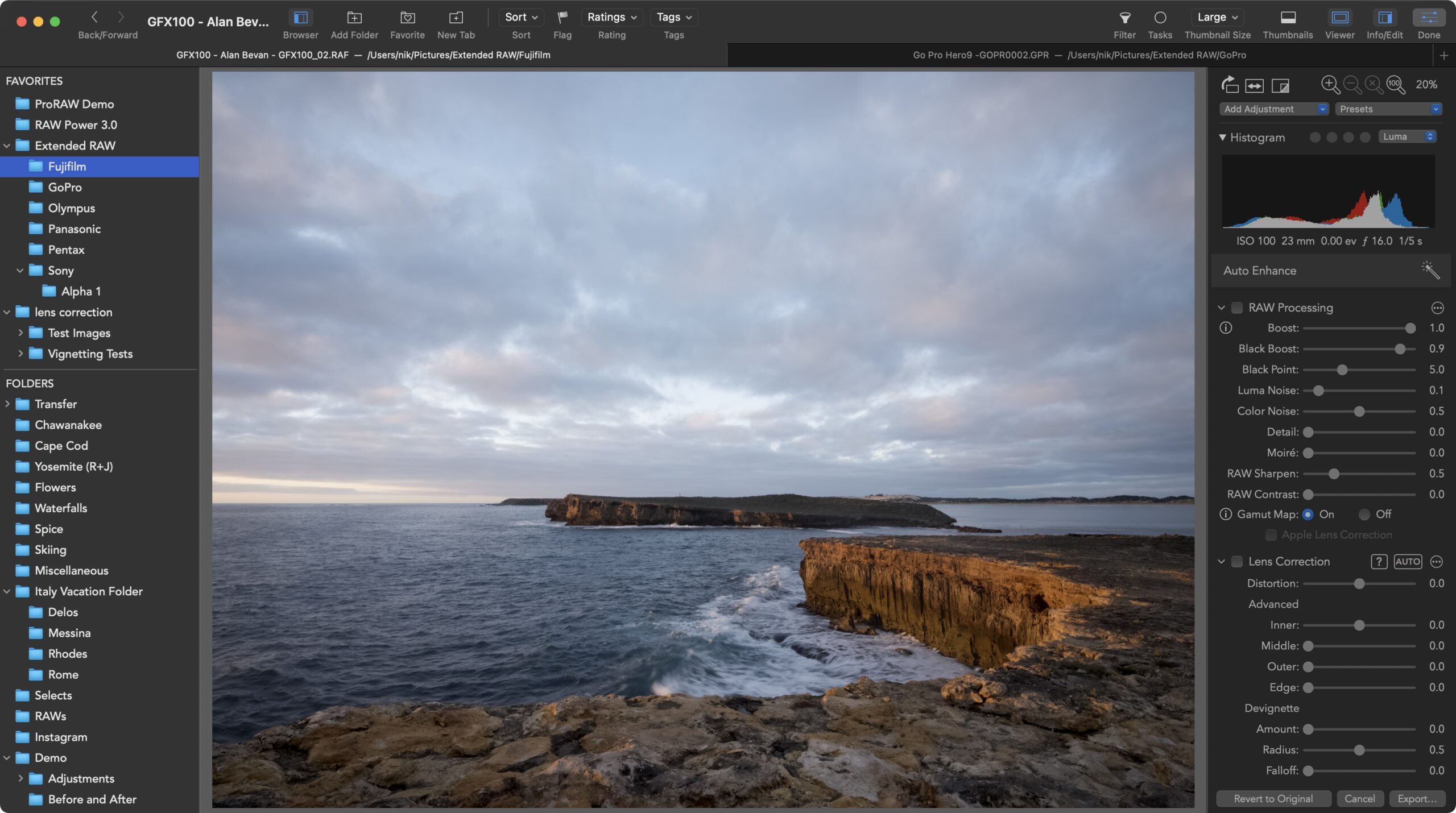 Extended RAW support requires macOS 11 and iOS 14. It works in the RAW Power file browser, and even when RAW Power with the Apple Photo library. So, yes, you can actually view, edit, and work with images in the Photo library that Apple’s own Photos app doesn’t support. You can download an unlimited trial version for Mac here: https://gentlemencoders.com/raw-power-for-mac-trial/, and the iOS version now has a built-in unlimited trial mode, so you can check it out for yourself.

If your camera is missing, drop me a line at support@gentlemencoders.com and I can see what I can do.

When it comes to digital photography, the iPhone is a marvelous piece of engineering. Each time Apple introduces a new iPhone model, it always comes with more improved photography performance and much better features. Capturing everyday subjects is easy to do and you will get great results with your iPhone. Still, as with anything, there is always room for improvement and, with some easy tips and the RAW Power® App, you can take your photography to the next level. 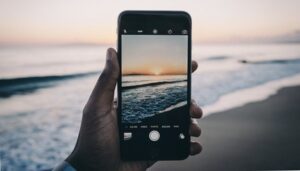 How To Take Your Photography To The Next Level

Get it right the first time – many of us inadvertently take photos with a smudgy lens, causing photos and videos to look blurry. With a few wipes using a proper lens wipe cloth, you can get completely different results. An important step to take better shots with your iPhone is to get closer. You will lose clarity and details when you use digital zoom in too much. Instead, Zoom by moving your feet. Taking your shots closer will also improve composition. For balanced composition, you should use grid on the viewfinder screen. When using the 9-rectangle grid, make sure that the primary subject is right in the center. Go to Settings> Photos & Camera and enable the Grid feature. You can fix composition issues in RAW Power, but it’s best to get it right the first time.

Improved Lighting- if possible, take pictures at the golden hours, during sunrise and sunset, when natural light is softest. Because pictures then have more yellow, orange, and red, they appear warmer. These moments are also perfect to capture breath-taking landscapes and silhouettes.

Although newer iPhone’s have excellent low-light performance, it’s recommended to use artificial lighting such as ring lamps, daytime permanent photographic lights, or hand lamps when necessary, such as when you are photographing outside and running out of daylight. Avoid using flash because it’s harsh and colors will tend to look washed out. Good artificial light shouldn’t be too bright, and it should come from all sides. Make sure to enable the HDR mode, because it increases contrast and color range when taking low-light photos. HDR measures the brightest and darkest parts of the photo and balance them.

Use Photo Editing Apps- a good photo editing app such as the RAW Power Photo Editing App can tune images by enhancing details, exposure, and color digitally. To improve composition, you can change perspective, rotate, and crop your photos.

Giving you a wide range of professional photo editing features, the RAW Power® Photo Editing App can help you produce professional looking photographs. With an all new HSL Color Adjustment feature with 9 built in hues as well as a custom hue option, you can truly customize the final appearance of your images with more vibrant colors than ever. Many workflow features make the editing process simpler and much more intuitive. Users can edit either the RAW or JPEG of a R+J pair in the Photos library, filter them by date, favorite status, and location status, as well as use the improved adjustment menu to collapse all adjustments, expand all adjustments; collapse all others or keep only one adjustment open at a time.

It’s important to note that, while taking the actual photograph is important, much of the work making it perfect comes afterward, during the editing stage. RAW Power’s editing features are designed to be easy to use, feature rich, and to provide professional level results. If you have an iPhone 12 Pro, you can shoot in Apple’s new ProRAW format. One of the most powerful features of RAW Power is its ability to edit ProRAW images using local tone mapping for contrast, exposure, and highlight recovery. There is also a video you can watch about ProRAW Editing at: https://www.youtube.com/watch?v=LguSpnDoShM

If you enjoyed this article, please feel free to share it on your favorite social media sites.